All About Following Jesus

What is a Carnal Christian? 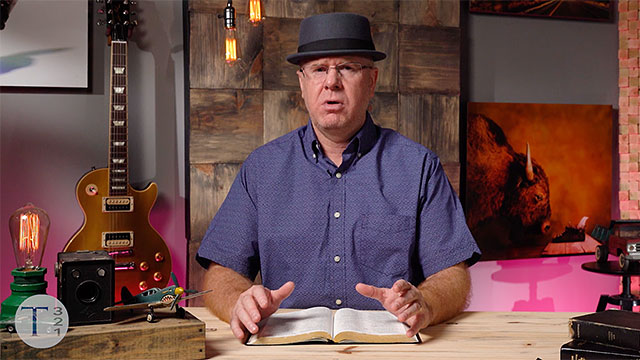 QUESTION: What is a carnal Christian?

At first glance the phrase “carnal Christian” seems to be impossibility, a contradiction.Does the carnal Christian exist or are all Christians living carnally in some areas of our lives? The Bible gives us these warnings:

“Brothers and sisters, I could not address you as people who live by the Spirit but as people who are still worldly—mere infants in Christ. I gave you milk, not solid food, for you were not yet ready for it. Indeed, you are still not ready. You are still worldly. For since there is jealousy and quarreling among you, are you not worldly? Are you not acting like mere humans? For when one says, ‘I follow Paul,’ and another, ‘I follow Apollos,’ are you not mere human beings?” – 1 Corinthians 3:1-8

“See to it that no one takes you captive through hollow and deceptive philosophy, which depends on human tradition and the elemental spiritual forces of this world rather than on Christ.” – Colossians 2:8

To live carnally satisfies the flesh rather than pleasing and honoring God. A carnal Christian may have accepted the gift of salvation, but not the sanctifying work of the Holy Spirit and transformation of their inner man.

The spirit of a carnal Christian has not been awakened and/or does not have the capacity to respond to the work and blessings of God and may not know God in a personal relationship. Bible knowledge can go to our heads. We can live to the letter of the law like the Pharisees; and not know God (Titus 1:16). God looks at the heart, searching for His love working in and through His children (1 Peter 1:1-8). God knows that a heart given to Him holds the power to forsake earthly pleasures and live the life that God has planned.

All Christians have some area of their lives where they live carnally. We are being perfected, but not yet perfected. Even Paul, a man no one would accuse of being a “carnal Christian,” had areas of his life that the Corinthians accused him of living carnally or according to the flesh. Paul even noted that he boasted in response to peer pressure in 2 Corinthians 12:1.

It is very important to note that Paul later apologized showing his true spirit; of spiritual discipline, faith, and submission to God’s plan.

A carnal Christian is not willing to “present his/her body as a living sacrifice pleasing and acceptable to the Father” (Romans 12:2). The degree of submission to God’s work in a person’s life is indicated by the degree to which they live in the “satisfying the cravings of your sinful nature” (Ephesians 2:3, 1 John 2:16, Galatians 5:19-20, Romans 1:21-28).

The carnal Christian lives in the lust of the flesh, the lust of the eyes, and the boastful pride of life that is from the world (1 John 2:15-17). As this world passes away, Scripture says some will leave the body of Christ so that it might be shown that not everyone who seems to be a Christian is actually a Christian (1 John 2:18-19). At this time, the sheep, who know the voice of Jesus (John 10:25-30), will be separated from the goats (Matthew 25:31-46). If the Carnal Christian is truly saved, they are assured that they will not perish (1 Corinthians 3:10-15, John 3:16).

Carnal Christian - Learn More!
What do you think?
We have all sinned and deserve God’s judgment. God, the Father, sent His only Son to satisfy that judgment for those who believe in Him. Jesus, the creator and eternal Son of God, who lived a sinless life, loves us so much that He died for our sins, taking the punishment that we deserve, was buried, and rose from the dead according to the Bible. If you truly believe and trust this in your heart, receiving Jesus alone as your Savior, declaring, "Jesus is Lord," you will be saved from judgment and spend eternity with God in heaven.

What is your response?

I am a follower of Jesus

I still have questions